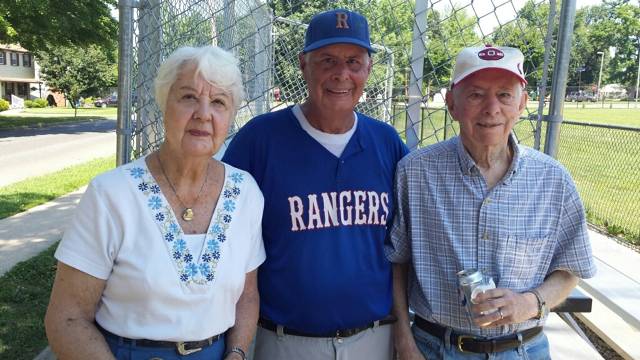 Phil Ball died unexpectantly in April of 2018. Phil had been a player-manager in the SJMSBL since 1994. He managed the Angels for 21 years. For the past 8 years, Phil played an integral part in the Rangers organization. Phil had many deeply seeded friendships formed in the SJMSBL. Generous, Loyal, intelligent & unique scratch the surface for who Phil was. He is missed by many but will not be forgotten by the SJMSBL. The 45 National Division will be named The Phil Ball 45+ National Division. Rest in Peace, my friend